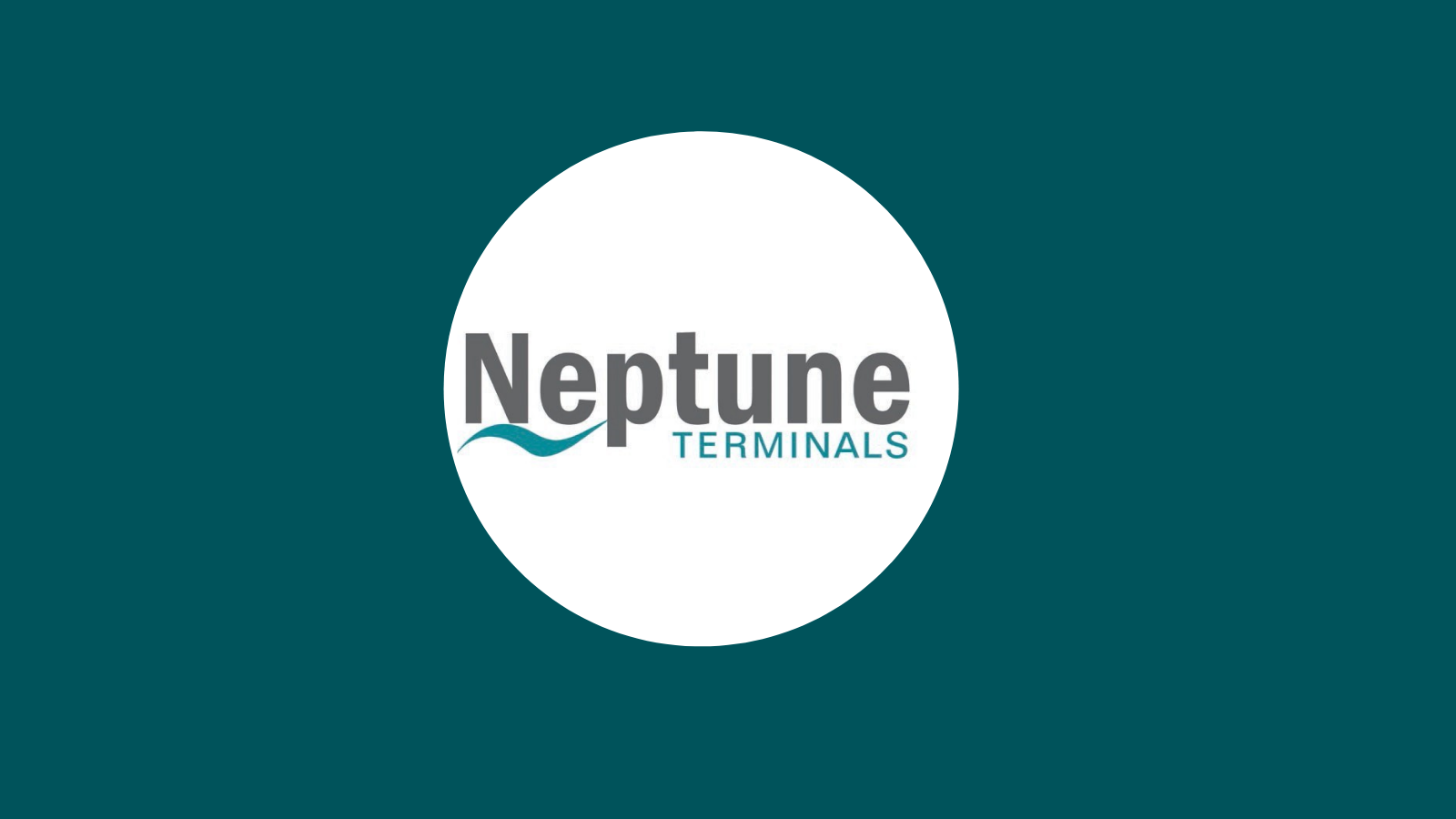 Since 2013 Neptune has participated in Climate Smart as a part of the Port of Vancouver’s initiative to become the world’s most sustainable port by 2050. Alongside other marine industry businesses like Global Container Terminals, Western Stevedoring, Vancouver Pile Driving, and DP World Fraser Surrey Docks, Neptune is committed to moving beyond compliance and demonstrating year-over-year improvement in measurable ways.

This commitment is also key to Neptune’s Green Marine certification, an industry led initiative that complements Climate Smart. Climate Smart has helped Neptune to create a greenhouse gas inventory in accordance with the international standard Greenhouse Gas Protocol and establish a baseline for their emissions. And with the help of a Climate Smart Client Advisor, Neptune’s team has an action plan to change the trajectory of their emissions output for good. .

Climate Smart has followed Neptune’s continued journey demonstrating their leadership in sustainability and as a service provider to Canadian commodity producers. As a service provider, Neptune’s business has been booming. Since 2011, the terminal’s throughput has increased by over 25%, while absolute emissions have increased against baseline by just 9%.

A clear example of embedding sustainability into the process at Neptune occurred in 2018 when the company began talks with a contractor tasked to increase the terminal’s throughput capabilities. Environmental Systems Specialist Stacy Bell was at the table, which meant that environmental considerations could be raised as the contractor went through the steps of determining how they were going to do their job and what they were going to do.

“I began by asking questions,” Stacy says. “They were explaining some of the diesel welders they were going to bring in, so I asked them to consider electric welders. After some back and forth, it was agreed to use electric over diesel to both minimize the emissions associated with the work, and to minimize the noise disturbance to the nearby community residents.”

The decision to use electric welders reduced the total CO2e produced by the project by approximately 90%. While ultimately the responsibility of the contractor to choose their equipment, this example provides a good business case for switching equipment to a different fuel source to reduce emissions, and likely would not have been undertaken without Stacy’s suggestion. In addition to recommending electric welders, Neptune further requested their contractors separate waste for appropriate disposal and mandated carpooling and transit options to the terminal worksite.

Given the low emissions intensity electricity grid in British Colombia, Neptune sees a good opportunity to test equipment in industrial areas. To that end, Neptune also invested in both electric vehicle (EV) charging infrastructure and a zero emission yard vehicle called the Might-E-Truck. The EV infrastructure offers charging for both Neptune employees and company vehicles such as the Might-E-Truck. The Might-E-Truck will be trialled, with hopes of determining how it will fare against similar fuel-powered vehicles currently in use in Neptune’s fleet. 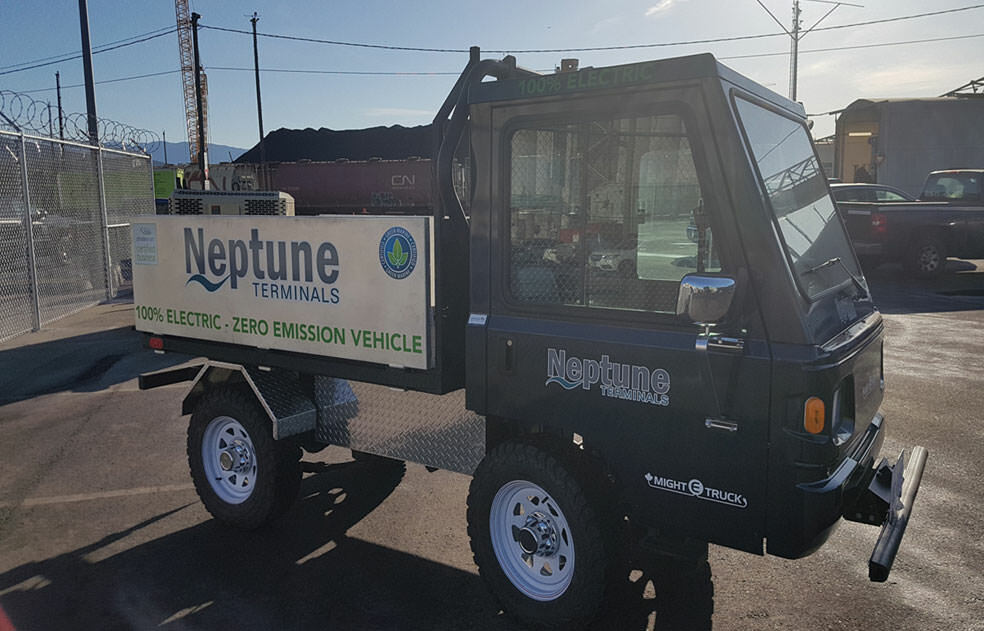 "Whether it’s managing dust, water discharge, air quality or greenhouse gas emissions, we believe in moving beyond compliance. Climate Smart’s strong local presence has helped us bring our values to the community and tell our story. Working with Climate Smart validates our efforts, both for us and for our stakeholders."

As it learns more through its trials, Neptune Terminals is keen to share its results with other Port facilities looking to try alternatives to gas and diesel-powered vehicles, particularly those that operate in areas with low-emission grids.

These ongoing efforts reflect the prioritization of energy efficiency and environmental considerations from the highest levels at Neptune. There is a collective understanding that regulation will continue to get tighter and that being proactive provides an inherent business case in a world with an increasingly changing climate. Supported by senior management, Neptune employs a team of people to ensure that environmental considerations are reflected in as many aspects of work as possible.